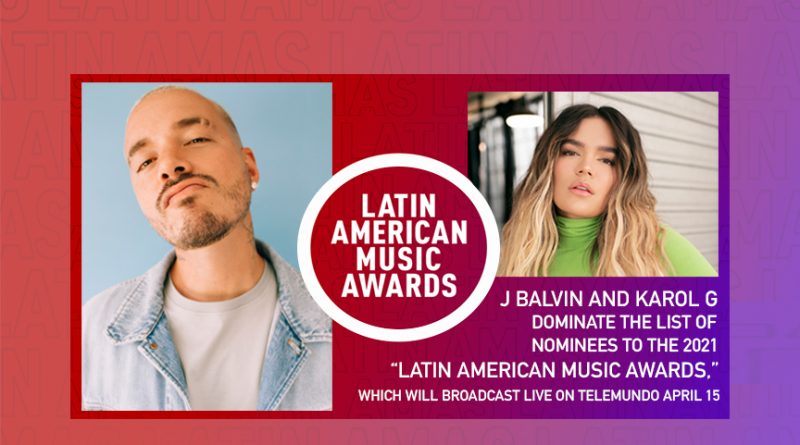 Colombian artists J Balvin and Karol G dominate the list of nominees for the 2021 “Latin American Music Awards” (Latin AMAs) announced today by Telemundo. The complete list of nominees can be found at LatinAMAs.com – the official website of the 2021 “Latin AMAs.” The ceremony, which is scheduled for Thursday, April 15 starting at 7pm/6c at the BB&T Center in Sunrise, Florida, will honor today’s most influential and iconic Latin artists as voted by fans in 25 categories including Pop, Urban, Tropical, Regional Mexican, as well as Favorite Artist – Crossover, Collaboration of the Year, Social Artist of the Year, Favorite Video, and the new addition of Favorite Virtual Concert. Fans can vote up to 25 times per category per day on LatinAMAs.com/vota and on Twitter @LatinAMAS by using the hashtag #LatinAMAs.

Thanks to his album Colores and his hit collaboration “Ritmo (Bad Boys for Life),” with multi-award-winning group Black Eyed Peas, J Balvin holds nine nominations, including Artist, Album, Song, Collaboration and Social Artist of the Year. Sharing the honor is fellow Colombian artist Karol G, also with nine nominations, including Artist, Song, Social Artist and Collaboration of the Year, thanks to her collaborations in “Tusa” with Nicki Minaj and “Caramelo” with Ozuna and Myke Towers.

Puerto Rico’s Bad Bunny, who follows with eight nominations, including Artist, Song, Album and Social Collaboration of the Year, is recognized primarily for his album YHLQMDLG and the song “Yo perreo sola,” while Ozuna, is recognized with seven nominations including Artist andCollaboration of the Year, Favorite Video and Virtual Concert, thanks to his song “Caramelo,” his video “Del Mar” and his virtual concert “#Latinosunidos.”

The 2021 “Latin AMAs” nominees are based on key fan interactions with music, including streaming, sales, airplay, and social activity tracked by Billboard through its data partners MRC Data and Next Big Sound for data covering the periods of January 17, 2020 through January 21, 2021.

The Favorite Video and Favorite Virtual Concert of the Year categories are based on videos submitted by record labels and independent producers, ultimately selected by a committee of industry professionals which consider the quality, content and creativity of the music video and virtual concert.

The three-hour Telemundo special will be hosted by internationally acclaimed actress and host Jacqueline Bracamontes, who returns to host the show for a second time. 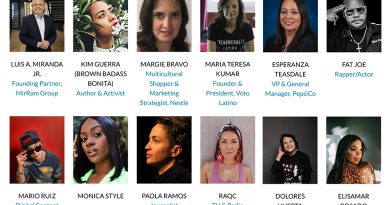 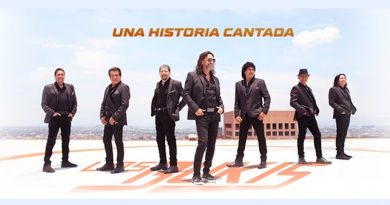 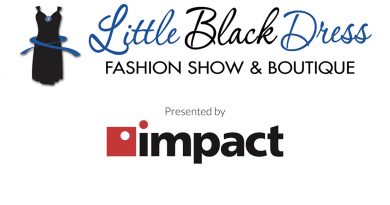